As the ancestral court of the world, the Wudang Taiji culture is profound and profound. The high-definition humanity documentary "Taiji Wudang" revolves around the theme of "Wang Dang Wu Dang, Tai Chi All Over the World", taking Wudang Mountain Taiji Culture as the axis,...

As the ancestral court of the world, the Wudang Taiji culture is profound and profound. The high-definition humanity documentary "Taiji Wudang" focuses on the theme of "Wu Dang Wu Dang, Taiji All Over the World", taking Wudang Mountain Taiji Culture as the axis, and comprehensively records the real scenes of Taoist Xianshan Wudang disciples' self-cultivation, martial arts, and Taoist culture.

The documentary was launched in June 2009 and closed in July 2010. Co-produced by the Wudangshan Special Administrative Region Committee, the Central News Record Film Studio, and the Taiji Lake Group, it is another large-scale humanities TV documentary created by Wudang Mountain after the "Walk of Wudang" and based on the profound Taiji culture.

Taiji culture is the embodiment and extension of the Chinese Taoist philosophy, and it is the Taoist philosophy in the interpretation. And "Wu Tai Tai Wu Ji Wu Dang", Zhang Sanfeng's Wudang Taijiquan is a kind of exquisite boxing method that integrates martial arts and health care. It uses static braking, soft reflex, four-two-pound, and post-production; it has a moving, flowing, soft and soft, Contains unrecognized martial arts style. 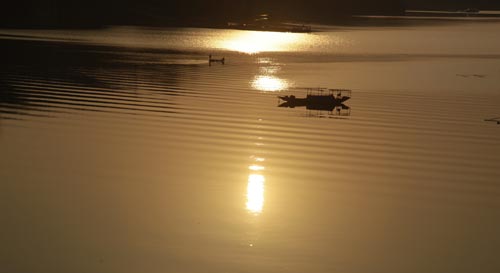 "Taiji Wudang" consists of nine episodes, each of which is tangible and intangible, Taihe Kyushu, Taoist nature, yin and yang, melting, due to the order of the heavens, my heart, the stars, the heavens, the world, and the Taiji world, each episode 30 minutes. From the martial arts Taoist to the world-famous architects, sculptors, dancers, cultural scholars, film directors... The film explores its essence from the origin of Taiji thought, from its ubiquitous life in the world. The influence has led to an intriguing reflection: the yin and yang harmony and harmonious development should be the greatest inspiration for Taiji thought in the current world.
The main creative personnel were created by the original team of the Central News Record Film Studio "Wang Wudang", and the famous musician and erhu performer Chen Jun composed the film for the film. The whole process of high-definition shooting and production, beautiful pictures, appropriate music, moderate reproduction... make the film a masterpiece. Trying to penetrate the natural scenery of itself, read the cultural connotation of Wudang Mountain, and explore its enlightening significance for the sustainable development of today's world. Walking out of the mountains and looking at the world is the biggest feature of this documentary.
In addition to shooting in Wudang Mountain, the film crew also went to the United States, Germany, France, Taiwan, Hong Kong and other places for real-life shooting. And explore the wonders and charm of Taiji from the figure of more than 500 million Tai Chi practitioners around the world. Such a long-form giant system, "Ask Wudang" made another cultural card for Xianshan Wudang.